ANSELL ACTIV/ARMR 150-Chicagoland Speedway-After a week off the ARCA Series returns to Chicagoland Speedway for the ANSELL Activ/Armr 150. While the Series had the weekend off Thomas “Moose” Praytor and his DK-LOK team have been working overtime in the Mobile shop. “We’ve had Batman (Chicago Car) ready for weeks and have been waiting on our short track car to come back. The body guys really screwed us on the short track car, it was 10 days late, half finished just really pitiful the way they treated us, really makes you appreciate the people who understand what you are trying to accomplish. One of the cool things about are race team is when the chips are down we have a lot of people in Mobile that come to help out, we’ve even had a former Indy winner in the shop helping over the last 2 weeks!” said Praytor. “We had a really good DK-LOK Ford at Chicago last year until I shortened the back end up about 5 feet. I’m looking forward to going back this weekend, the place is fast, the faster the better.”

CAR: Roush Chassis RK 275, nickname “Batman”. Batman is the preferred Hixson Motorsports/Max Force Racing chassis at the Speedways and is powered by Roush-Yates horsepower. Batman is the same chassis the team utilized at Pocono and Michigan. Batman earned its first top 10 at Michigan in 2013 and was turned in to a hatchback at Chicagoland. Pocono was the first outing for Batman in 2014.

THOMAS “MOOSE” PRAYTOR: Currently 8th in the ARCA Championship standings,Praytor is coming off a stellar Rookie season that should have only been 3 races but under the watchful eye of veteran ARCA car owner Wayne Hixson turned into a full season. The Moose finished 9th in the Championship standings and collected the AG Adcox Sportsmanship Award in 2013. Along the way the all volunteer team collected 3 top 10s, was the 2nd driver in the Fast Track Driver Challenge, 3rd in the CGS Imaging Hard Charger Award, 4th in the S & S Volvo Laps Completed Award and 4th in the Scotts Rookie Challenge. The Moose started cutting his racing teeth at 8 years old on short tracks across the Southeast, racking up local and state titles along the way. The Moose and his Max Force Racing Team earned the Ironman Status of the Gulf Coast in 2011 for competing in every Late Model (Pro & Super) Race at Mobile International Speedway and Five Flags Speedway, finishing in the top 10 in the Championship standings at both tracks . In 2012, Praytor made his first ARCA start in the inaugural ARCA-Mobile 200 at Mobile International Speedway. He also raced in the International Motorsports Hall of Fame 250 at Talladega with Andy Belmont Racing and rounded out the season with a couple of starts for Venturini Motorsports.  Away from the track, Praytor was one of AJ McCarron’s centers through grade school and high school winning a state title in 2007. For the 2nd time the duo teamed up, donating a specially prepared McCarron replica racing helmet that Praytor wore, to the Alabama Institute of Deaf & Blind for their annual Race Fever auction. For more on the Moose- www.maxforceracing.com.

HIXSON MOTORSPORTS/MAX FORCE RACING: Max Force Racing is based out of Mobile, Alabama and is fielding cars in its 17th season of competition. Max Force teamed with another home grown operation, Hixson Motorsports with 4 decades of experience in the ARCA Series from Soddy Daisy Tennessee. This is the second year of the combined effort.

Click the image to get an introduction to DK-LOK® USA. 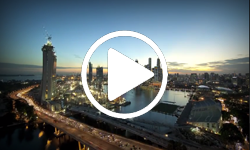